The 2019 Chichibu Whisk(e)y Matsuri took place on Sunday 17th February. Wandering around the town, you run into a Who’s Who of the Japanese whisky scene.

Almost all Japan’s major bar owners volunteer to help as it gives them the right to buy the festival bottles for their bars. Average punters have to line up for a drawing. Word on the street was that 77 bottles would be available for the 4,000-plus attendees.

Inevitably, bottle-flippers have already listed on Yahoo Auctions, charging 10x the original price. Word to the wise: they will be barred from entering future raffles, so only try that if you want to be black-balled from future events. 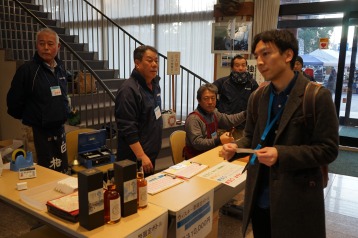 There was a superb variety of whiskies available from independent bottlers and bars. From Bar Kitchen in Fukuoka to Highlander Inn in Craigellachie (and Nakano) to Club Qing in Hong Kong, the world’s whisky cognoscenti were in attendance. Fellow festival organizers from Whisky Talk Fukuoka to Hokkaido Whisky Festival were promoting their events. And whisky producers and marketers of all sizes were there, from Venture Whiksy Ichiro’s Malt (which had the longest lines of course) to Mars and Akkeshi and  Eigashima, to Pernod Ricard and Remy Cointreau. Was anything not available to taste! 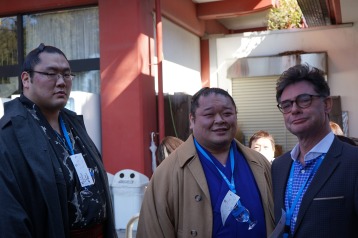 People from all walks of life from all around the world made it to Chichibu.

There were a bunch of fascinating seminars including Ichiro Akuto discussing the history of Ichiro’s Malt Chichibu Whisky, Suzuki-san offering tastes of some of his single cask scotch selections from the Mash Tun, and the legendary collector Yamaoka-san, offering the attest Ghost Series bottles, together with some choice older Japanese whiskies. 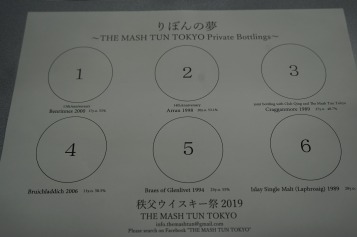 By show of hands among participants at Suzuki-san’s seminar, the most popular whiskies were the Glenlivet 23-year and (for peat fans) Laphroaig 28-year. 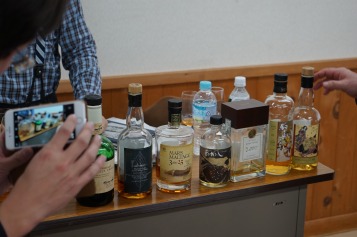 Yamaoka-san took us through the latest Ghost Series bottles, in addition to some heavy-hitting Japanese bottles, in particular the Mars Maltage 3+25 and Ichiro’s Malt Limited Edition Dark Green Label (blend of Hanyu, Kawasaki and about 5% of Chichibu Peated).

The next big event in the Japanese whisky festival calendar is the Kyoto Whisky Party on Sunday 14th April. Contact us through our Facebook page if you would like more information.